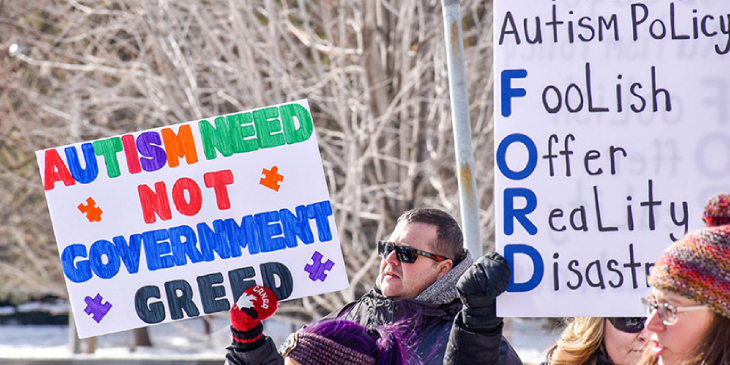 Key points from the announcement include:

23,000 children across Ontario who currently are on the waitlist for ABA, will receive support within the next 18 months. Early intervention will be a priority and more kids will receive funding, albeit far less than they have previously received. The current approach which supports individualized therapy intensity, based on the clinical recommendation will be no longer in place.

The new program is called a Childhood Budget:

The Ministry will provide support by directly giving the funding to families with the funding, not via regional providers like Surrey Place, Kinark or Erinoakids.

Each child can be eligible to receive $140,000 in funding up to the age of 18, but the eligibility criteria give priority to those children who are 5 years old and under. The older a child is, the lower the amount of funding he/she would be deemed eligible for. The amount that each child will be eligible for would consider any other services and supports received to the date, including SSAH and disability tax credit. There will also be income testing and the funding will be targeted more towards low- and middle-income families.

The funding provided can be used to receive the following services: caregiver training, respite services, technology aids and behavioural service.

The Ministry will work in a collaboration with the Ministry of Health to provide more regulations in the behaviour analysis field. This would help to eliminate unethical and unprofessional services in autism treatment.

The announcement continued with proposing a 4-point program to improve the quality of education for children with autism in public and Catholic schools in Ontario. The proposed program entails funding, professional development, after-school programs and virtual communication.

Based on this announcement it is important to highlight a couple of points:

We’ll get in touch with you shortly